'Sara and I go on Adventures. 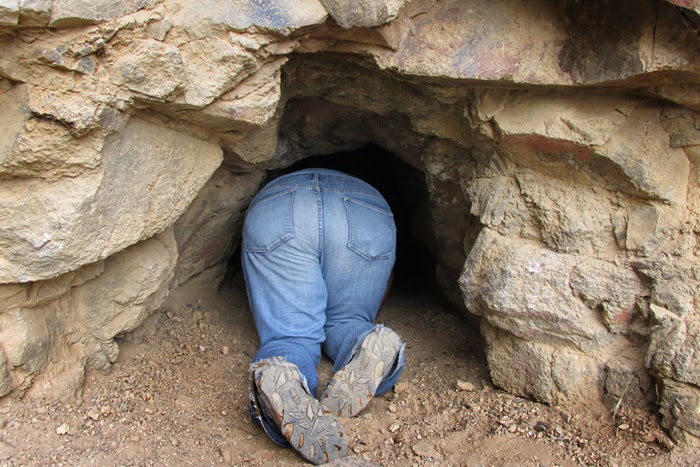 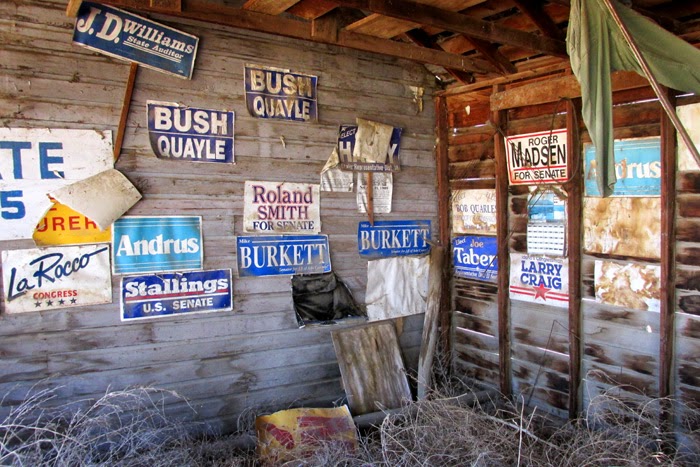 This round we did not make it out to the high desert of Denio of Nevada. (As per usual... It calls us, even begs us to come out star gazing, visit the old haunts, soak in it's beautiful hot springs, dig in the dirt for shiny rocks, and explore it's endless acreages) With Mercury being all up in retrograde, plans were transitioned, deep freezer took a dirt nap, tires were popped, chickens were... complicated, and we even received some signs from above.... This year's adventures would be different; same two spirited girls, different destination(s). 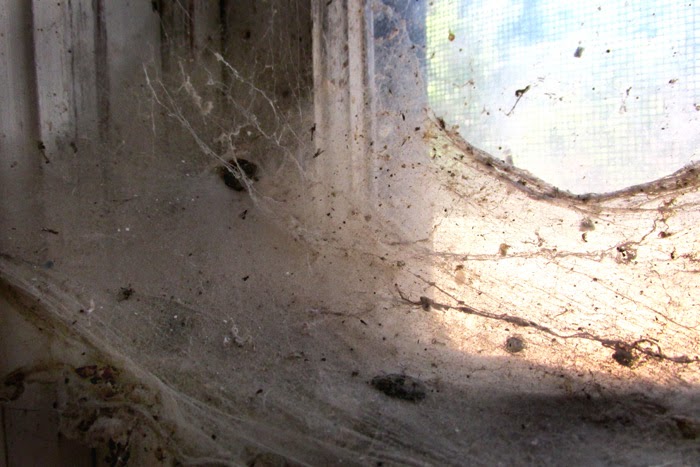 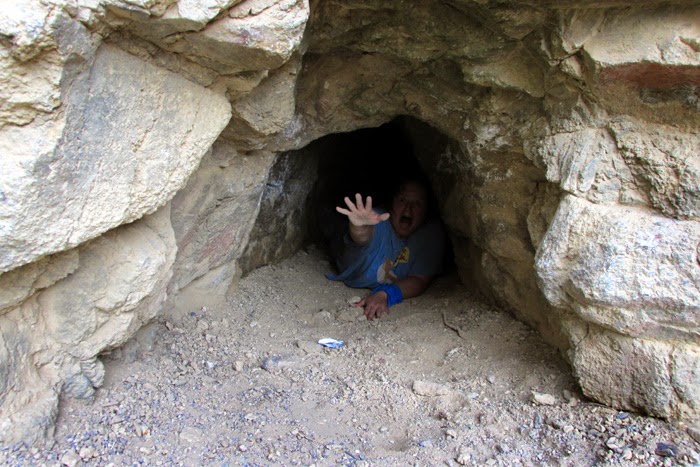 We tried Silver City, with it's old timey charm & grace. The weather was not very pleasant. This one's too cold. 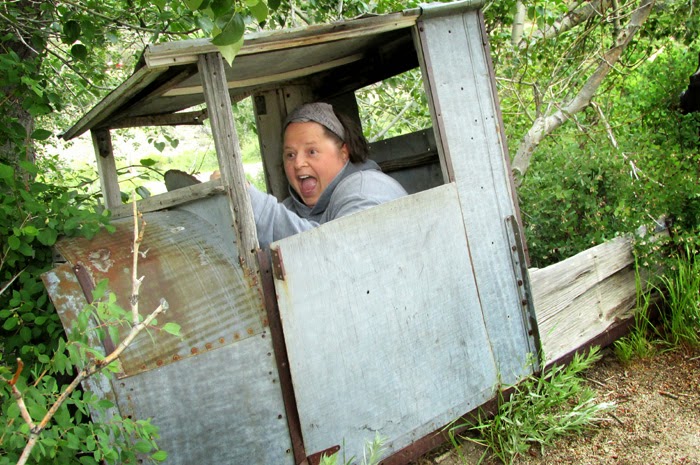 We tried Cascade, after the second attempt with a brand new set of tires, brought us home with delightfully unexpected oyster mushrooms in tow. This one's too dry, a dollar shy and buck short. 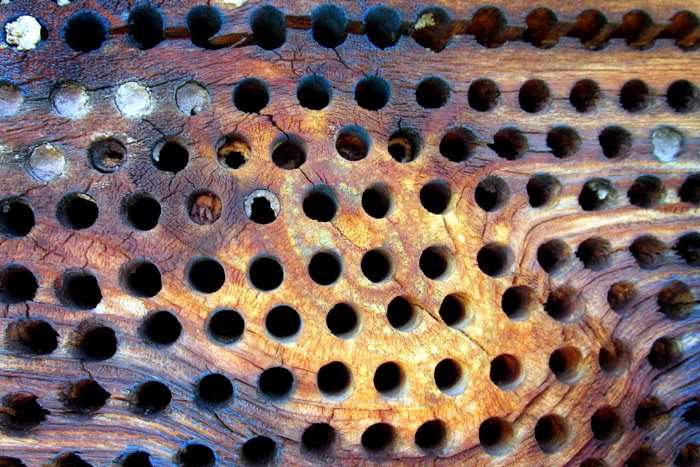 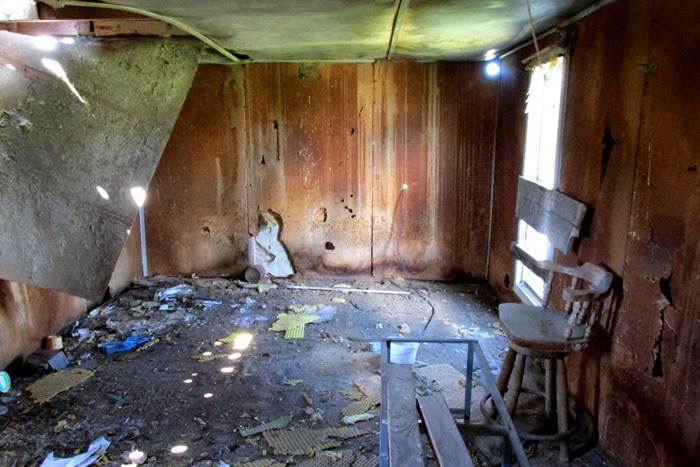 But this one - This one is just right! The Rock Hounding bug hit, and hit us hard. We decided to play a little closer to home and try our hand at finding some Plume Agate. Exhausted, and yet uber excited from our hunting trip, we went back a second and third time.  We were poking along this little hill when a car stops and asks us how we are doing. I reply "finding agates and lizards" with a smile. The gentlemen in the car tell us the hunting is better around the corner. We go a little ways around the corner and are finding bigger better pieces. We see our new friends again. "Well, you're getting closer" they say. So we follow their directions to a better spot. SO MUCH better! "Are your bags getting heavy yet?" I grunt and attempt to lift my bag high. After working the rest of the day on the hill, one of the men comes up to us and says "If you've got some time left, I've got a unique opportunity for you...." Our new pals Gene, owner of The Gem Shop in Cedarburg Wisconsin, and his friend Gary were just closing down their claim for the season, and invited us to be the first people to poke around the filled dig site. They were kind enough to give us a few beautiful specimens they collected, which really piqued our interest.

May I introduce you to the rock that almost knocked me to my feet.
Angel Wing Agate

My inspiration is at it's peak; the geology of the high mountain desert, epic views, time well spent with a few good buddies and a few bags of lovely specimens of various colorful agates have me dreaming of paintings on the horizon. Color combinations, smooth, speckled and dendrite, ripples and bubbles, flecks of white opal.........


(Insert joke about Papa and baby tomato at your leisure, friends.)  Now it's Time for me to ketchup :)  Until Next Time......

My mother always had a big garden and my grandmother tended the farm. I can't help but follow in their footsteps. A trait passed down from the generations. My little urban farm is ground laden with inspiration for my work. Digging my hands into the dirt connects me with reality and nature. I spend two hours working it in the mornings, along side the busy little bees. They are very motivational little buzzers. The cat is my soul's companion in that patch of earth, always close by, easy with a nap in the shade where he can watch my progress and offer his fluffy little face for a pet or two. My work day is complete with random visits outside to wander the garden and smell the flowers with the cat. 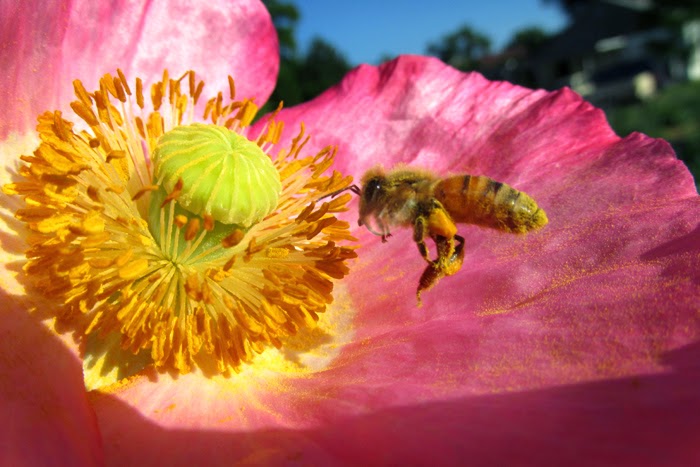 The bees and I share a bit of an obsession with poppies. They are full of promise. A guarantee that with water, sun and soil they are endless, self-sufficient procreators, smiling their bit of sunshine for the curious to encounter. They shimmer iridescent and tempt a closer look, the ruffles of their petals swirling in the breeze. The stuff that dreams are made of. Early mornings - find us here.

It is always new and exciting to cultivate each year. I release a bit of control that comes with organization to the determined seeds of the year before. Poppies will inevitably find their way to any corner of the patch, marigolds run rampant, grinning in the middle of the path. Chamomile, dill and other surprises from years past poke their heads up in the darndest places. Walking onions become strange, alien like obstructions. I can't resist or condemn this persistence of life. Apologies to the morning glory, grass, and the thistle though. That's where I draw the line.

Posted by Unknown at 9:42 AM No comments: